As we write (mid-May), we are reaching the peak moments when the Texas Legislature makes its final decisions for 2021-2022, barring any special sessions called by the Governor. Numerous bills that affect climate have been proposed.

House Bill 2221 would create a Texas Transportation Electrification Council, which would develop a plan to create public charging infrastructure in Texas for electric vehicles based on a $100 registration fee for electric vehicles. We could have charging stations across the state! This bill was approved by the House Committee on State Affairs, but needs to be passed by the House and Senate. 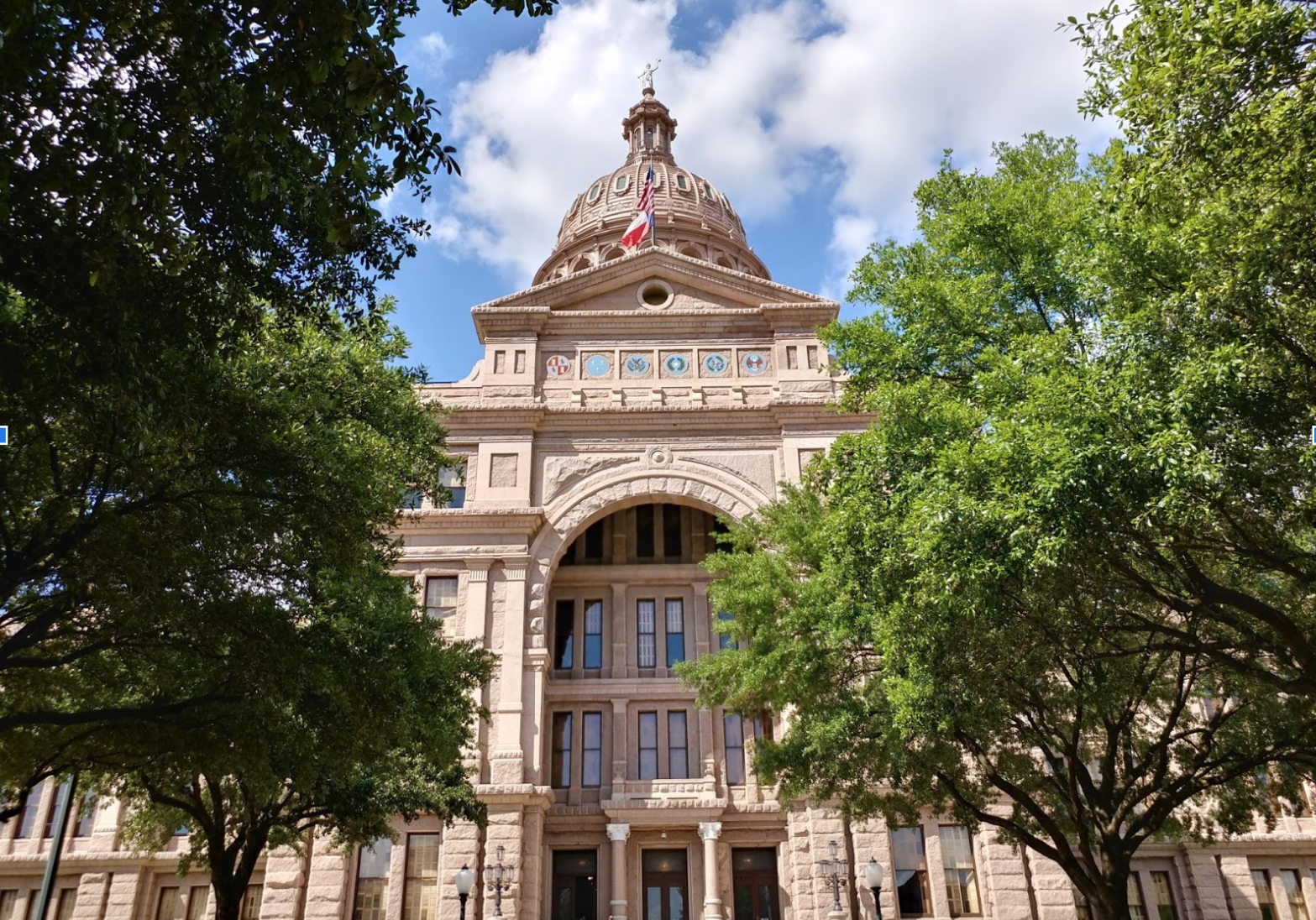 One bill that may pass is Senate Bill 1838 (SB 1838), authored by our own Senator Sarah Eckhart. This bill would grant a 99 year lease on certain state property and easements to the Cap Metro Transportation Authority, enabling CMTA to advance its plans for public transport more cost efficiently. Arguably a small but practical bill, this was up for vote in the Senate. This is important because most bills never get out of committee. To become law, it would need to be passed by the Senate and then the House.

Several broader bills are still in committee. Senate Bill 243, also by Senator Eckhardt, was considered in public hearing by the Business and Commerce Committee on April 20. It would require electric utilities in Texas to meet energy savings goals. Starting at ¼ % in 2022 and rising to 1%/year by 2025, these would ensure that low-hanging fruit in the energy saving efficiency area is picked statewide. By itself, it could supply a surprisingly large portion (almost a third) of the state power sector’s share of global emissions goals by 2050.

Another potentially consequential Eckhardt bill, SB 306, would require numerous state agencies to include climate change in their strategic plans, meaning that each agency listed would have to specify how they will manage projected changes in weather, water availability and temperature from climate change. Had the Public Utility Commission, one of the listed agencies, previously been under such a requirement, perhaps they could have prevented this winter’s power outages. The bill is in the Senate’s Natural Resources and Economic Development Committee.

Perhaps the most ambitious bill, SB 304 (yes, another Eckhardt product), would require energy producers in Texas reach net zero carbon emissions by 2035 with intermediate benchmarks in 2025 and 2030. Currently in the Business and Commerce Committee, this bill would create a carbon credits trading system so companies that can’t get all the way to zero can pay for improvements in other companies to balance out.

Additional bills are discussed below. Progress of the bills can be viewed capitol.texas.gov.

Many bills are proposed in the Legislature each year but not passed. Still, being proposed represents a step toward future passage, because the idea got on some legislators’ radar screens and took shape as a real bill. Even the small fraction of bills that get passed is so numerous that we couldn’t list all the ones related to climate in our printed article (WPNA’s Window on Windsor newsletter). Here are the examples that caught our attention.

Bills Up for Votes By House or Senate As Of Article Writing Date (mid May 2021):

HB 1510, Metcalf et. al., relating to the response and resilience of certain electricity providers to weather events or other natural disasters; granting authority to issue bonds

HOW TO LOOK UP BILLS YOURSELF

Updated resolution of each bill can be found at the Texas Legislature’s own website, capitol.texas.gov. This website also has detailed information on each bill, such as the bill text, author, funding notes, and step by step legislative history. Fwiw, I am always impressed by the value and quality of this site – an unsung example of good governance no matter what you think of the actions it describes. 😊

To look up a specific bill, go to the Legislation tab’s Bill Lookup option. In the Bill Number field, if you know the bill’s designation (for example Senate Bill 1510), enter it using the abbreviated format (for example “SB 1510”). The website itself even pops up “Tips on Finding a Bill” for other techniques, such as a Text Search function “when you do not know the bill number but know content.”

By default, the most recent legislative session (currently the 87th session, meaning 2021’s), but you can search previous sessions by entering them in the “Legislature” field. Because sometimes there are “Special” sessions, regular sessions are denoted “R” for Regular session. For example, the 87th Regular session is written “87(R) – 2021”. (“Regular” just means that the Lege has a consistent commitment to meet every 2 years. Special means that the Governor calls an additional session.) The Legislature field has a drop down menu where you can select previous sessions. For example, selecting “85(1) – 2017” will show only bills that were considered during the 85th Legislature’s first special called session, which occurred in 2017.

Additional information, such as Texas Sierra Club’s classification of each bill’s topic and importance, can be found in the Sierra Club’s legislative bill tracker. This is not always up to date, but valuably communicates some educated activists’ rough assessment, and breaks out environmental bills from the vast mass of other bills shown at the Lege’s site. The bills summarized in this article are only a fraction of those in Sierra Club’s tracker. There are a lot of bills!

If the Sierra Club link doesn’t work, it can usually be found by searching the web for  “Texas Sierra Club bill tracker”.